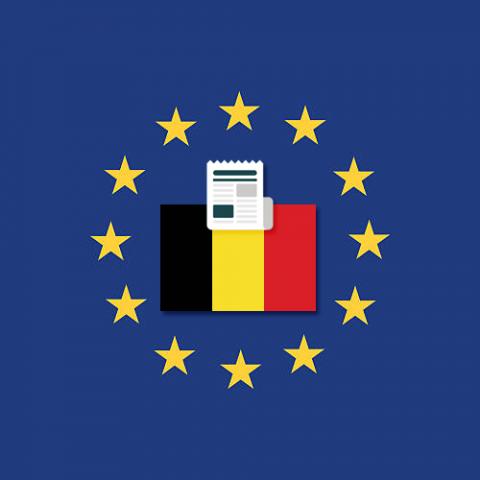 The Belgian DPA imposed a fine of 1,500 EUR for unlawful processing of personal data made via a video surveillance system. The positioning of the cameras of this video system also constituted an infringement of the data protection by design principle, the DPA concluded.

Role of national law concerning video surveillance cameras
A law of 21 March 2007 regulates the positioning and use of video surveillance cameras. Although the Belgian DPA is technically competent to take into account the provisions of the law, as it did in its decision to specify certain viewpoints, the primacy of the GDPR as EU law resulted in the decision that a priori analysed potential breaches of the GDPR.

Decision of the Litigation Chamber
The litigation chamber of the Belgian DPA upheld that:

-    the images with personal data made by two of the five surveillance cameras were not processed in a lawful way under article 6.1.f. GDPR, as there were legitimate interests for the defendants to protect their own private property, but the filming of large parts of the public road, as well as the filming of the private property of the complainants, was not deemed necessary to safeguard those legitimate interests. Moreover, the Belgian DPA found the interests of the defendants to process personal data through the two surveillance cameras to be overridden by the interests, fundamental rights and freedoms of the complainants;
-    the transfer of images made by the two surveillance cameras containing personal data in the context of the dispute procedure, constituted a breach of article 6.1. GDPR, as the images were unlawfully made in the first place, thus constituting unlawful processing impacting the further processing;
-    the making of a photograph of one of the complainants by one of the defendants, and the further processing thereof, was lawful under article 6.1. GDPR, as the processing was necessary for the defendants to safeguard a legitimate interest, and the latter interest was not overridden by the interests, fundamental rights and freedoms of the data subject;
-    as the two surveillance cameras were wrongfully positioned, resulting in the unlawful processing of images containing personal data, the defendants infringed article 25.1. GDPR .

The Litigation Chamber of the BE DPA therefore imposed a fine of 1,500 EUR for the infringements of article 6 GDPR. In addition, the Litigation Chamber issued a reprimand to the defendants for not respecting article 25.1. GDPR while placing their video surveillance system.

To read the full decision (currently only available in Dutch), click here