The President of the Personal Data Protection Office (UODO) imposed a fine of PLN 15 000 on East Power company from Jelenia Góra for failing to provide the supervisory authority with access to personal data and other information necessary for the performance of its tasks.

The fined company provides employment services in Poland and Germany, and a complaint against its actions was lodged by a German citizen because it processed his personal data for marketing purposes. The complaint was lodged with the German data protection authority competent for Rhineland-Palatinate, but it was taken over for consideration by the President of the UODO, who was the so-called lead authority in this case, because the company is established in Poland.

It was only in response to the notice of initiation of the proceedings that the company provided more extensive explanations, but they were incomplete and required further investigation. Therefore, the President of the Personal Data Protection Office considered that the company does not want to cooperate with it and does not fulfil the obligation – provided for in the GDPR – to provide it with access to personal data and other information necessary for the performance of its tasks, in this case for handling a complaint lodged by a German citizen.

When issuing the decision to impose an administrative fine on East Power Sp. z o.o. and determining its amount, the President of the UODO took into account as aggravating circumstances, among others, the seriousness of the breach (undermining the proper functioning of the personal data protection system specified by the GDPR), the intentional nature of the breach and the unsatisfactory degree of cooperation of the controller with the President of UODO in order to remedy the breach and mitigate its consequences.

Sanctions imposed by the President of the Personal Data Protection Office in the form of administrative fines are intended to discipline controllers and processors. Their disregard for their obligations related to cooperation with the President of the UODO leads to prolonging the proceedings conducted by it. In this way, it is difficult to exercise the rights of persons whose personal data are being violated.

The above situation occurs in the case of the fined company. By its actions, it makes it impossible to handle the complaint of a German citizen and to issue a decision by the President of the UODO determining the case relating to the complaint lodged.

To read the press release is Polish, click here

To read the full decision in Polish, click here 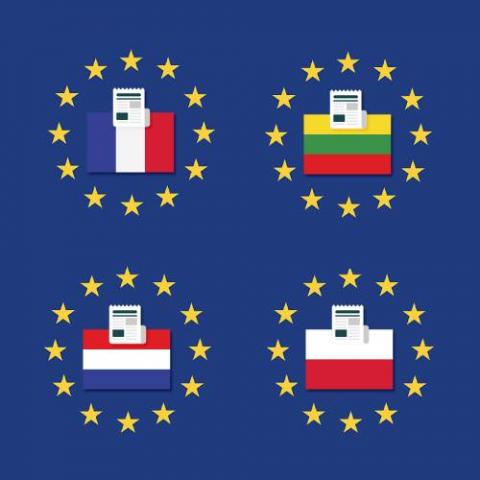